Nicola Blackwood came to my house, canvassing for the Tory party. I gave her the questions below and she said she would try and get Cameron to reply. From then on, silence - that was a month ago.

1. Why won’t you discuss the many suggestions that you have used illegal drugs? The assertion that you are entitled to a ‘private past’ is open to question because your attitude to such drugs is also a question of public policy. One of the few strong policy positions you have ever taken was to put your name to a Home Affairs Committee report recommending highly liberal polices on cannabis and some other substances. Your fellow Tory on the committee, Angela Watkinson, refused to sign that report because she believed it was wrong, so your support cannot be written off as a passive act. Aren’t voters entitled to wonder if your ‘private past’, and the fear that it may emerge into public view, may have influenced your public policy? Wouldn’t you be freer to take a strong line against this major menace if you came clean and – if appropriate – expressed regrets?

2. You say you like Britain as it is, not as it was. Yet you also say that it is a broken society. How can you square these two positions? Surely Britain was broken mainly by the cultural revolution which swept away stable marriage and respect for the law, and encouraged the spread of drug-taking and drunkenness? And surely it was better as it was rather than as it is? One or the other. But not both.

3. You have strongly condemned the misuse of Parliamentary expenses by many of your MPs, and quite ruthlessly forced the early retirement of several of them on these grounds, though some others who are friendly to you have escaped this treatment. You have made it plain that the fact that a claim was ‘within the rules’ does not excuse greed. Yet you are by any standards a wealthy man. Your constituency is within commuting distance of London, and many who vote for you make this journey daily. So how can you justify asking taxpayers – teachers, school dinner ladies, bus drivers, nurses – to give you £20,000 a year in mortgage relief, close to the maximum permitted claim, to help you pay for what you yourself described as ‘a very large mortgage’ on a spacious country house worth around £1million?

4. Do you believe that, by holding a poorly-advertised lunchtime meeting in Witney, when most voters with jobs could not get there, by stationing officials at the door with lists to give it the appearance of a members-only gathering, and by cramming it with your own supporters, that you properly exposed yourself and your expenses claims to public scrutiny?

5. You frequently say you are in favour of decentralising power in this country. How do you square this with your increasingly centralised control of the Conservative Party and above all of the selection of candidates?

7. You refuse to support those who want to restore selection on grounds of ability in state secondary schools. Yet you must be aware that most alleged comprehensives select on other grounds – mainly by catchment areas which close the better schools to the poor, who cannot afford to live in them. Your own child attends a heavily over-subscribed primary school which selects partially on the basis of religious commitment. When your children reach the age for secondary school, it is most unlikely that you will send them to bog-standard comprehensives. In that case you will presumably have to use wealth or faith to save them from this fate, routes closed to most people. Surely ability is a better and fairer basis on which to select pupils, in which case why not say so?

8. You made a ‘cast-iron guarantee’ of a referendum on the Lisbon Treaty. You must have known that there was a strong chance, verging on a certainty, that this treaty would be ratified by all EU nations before you were in a position to fulfil the pledge. Yet when this predictable event happened, you had no serious alternative policy. Weren’t you pretending to be tough on the EU, while in fact supporting the ‘ever-closer-union’ which is a condition of our membership?

9. You once said you were the ‘Heir to Blair’? Isn’t that exactly the problem?
No comments:

The Build-up to Voting Begins

I don't care about voting in the Conservatives.

I want Labour to be punished, punished on a very large and damaging scale.

> traducing democratic government in all its forms

> squandering the nation's wealth, making an absolute scallops of the economy and then blaming the Americans

> incompetence in all spheres of administration

> for politicising the police

> for reneging on the EU referendum

> for being lying, avaricious, acquisitive hypocrites, and then turning socialist again

> for appointing useless mediocrities like Beckett, Hewitt, Hoon, Browne, Ainsworth, Kelly, Hain and Blunkett to office at all

> for appointing unelected storm-troopers like Campbell, Whelan, McBride and Mandelson to positions of high influence

> for having Blair and Brown as leaders

BUGGER WHAT THE TORIES HAVE TO OFFER - JUST GET LABOUR OUT
No comments: 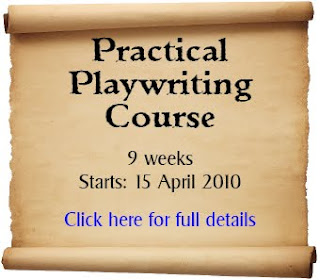